Centrally located in Denmark - on the east coast of the island of Funen - the town of Nyborg is ready to welcome cruise ships. 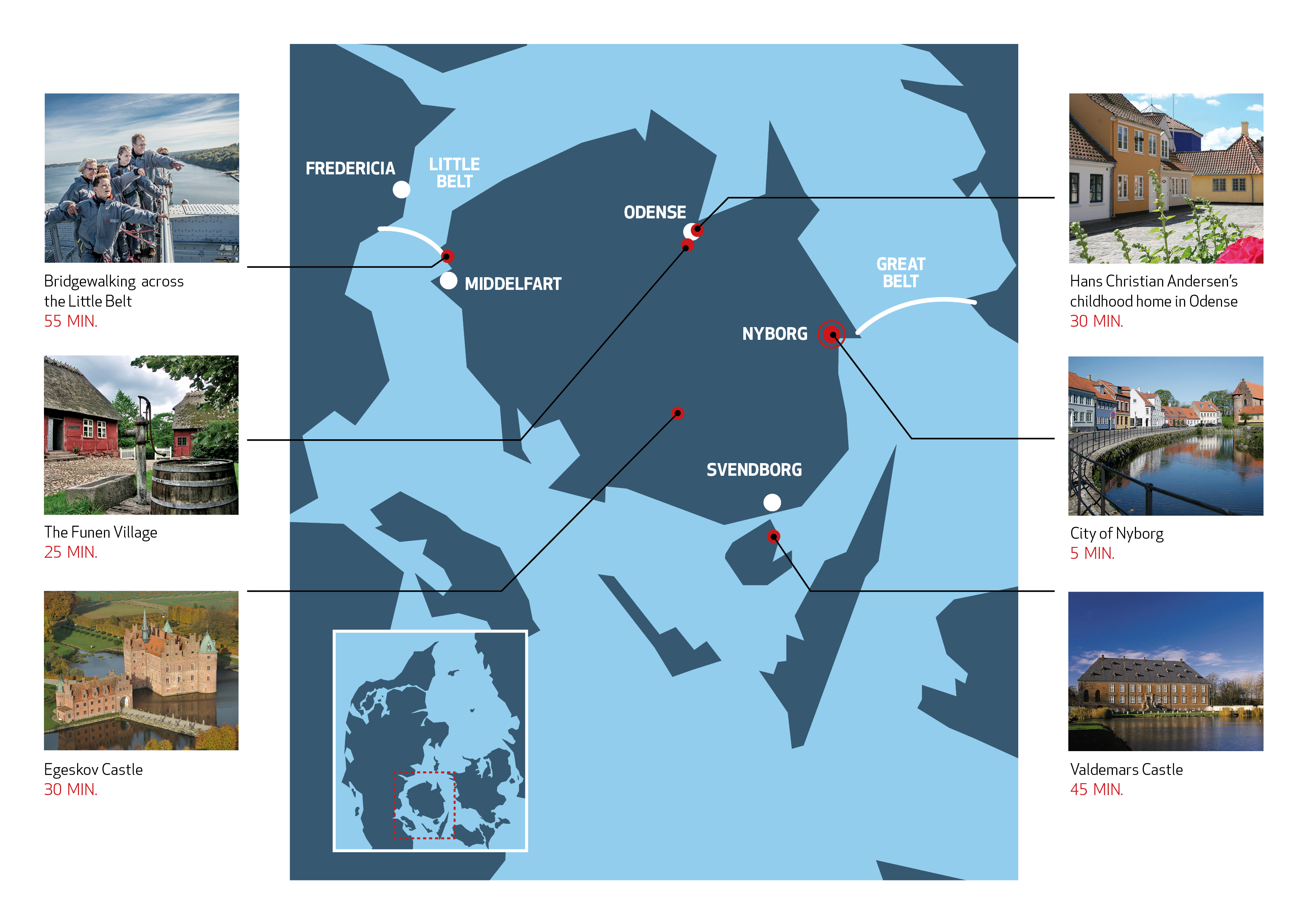 Nyborg is a historic town

The royal town of Nyborg is one of Denmark's oldest towns and was the capital of Denmark during several hundred years before Copenhagen.

Nyborg has cosy shopping streets and many historical attractions and sights. Within the town you find the Nyborg Castle, which was a royal castle built towards the end of the 12th century as part of the fortification of the Great Belt region. The Castle is one of the oldest secular buildings which is preserved in Denmark and it is in process of becoming UNESCO World Heritage.

Nyborg is located on the east coast of Funen close to the sloping landscape and its gently rolling hills, orchards and half-timbered farmhouses.

The location of Nyborg gives access to historic castles, scenic nature and world class attractions. Within less than a 1 hour drive you can reach old royal castles like Egeskov Castle and Valdemars Castle, the childhood home of the world famous author Hans Christian Andersen as well as the authentic and historic open air museum The Funen Village in the city of Odense.

Read more about the attractions close by.